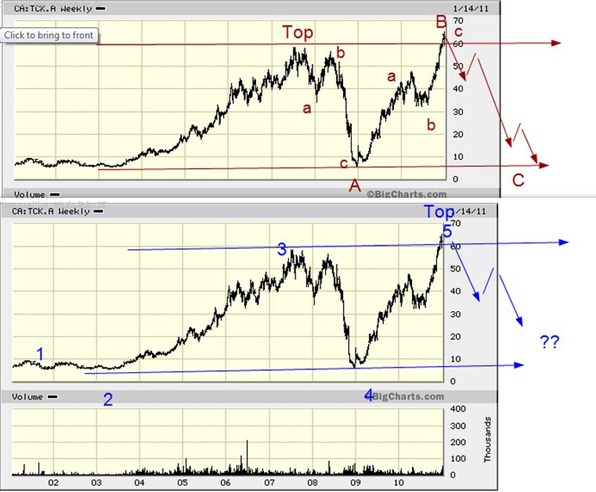 These were the two possibilities that met EW rules. The top one that of an irregular B-wave to be followed, as always, by a C-wave to new lows. The second possibility, much less likely, is that of a 4th wave to be followed by a 5th to a new high above that of 2007. The leg up from the 09 lows is very hard to count as 5 waves which would have to be the case if it was a 5th and not a B. Other stocks, such as Vale and BTU have similar structures without necessarily making new highs adding to the B-wave confidence. In any event here is where we are now;

The advice to sell at $65 and wait for a target of about $15 looks pretty good now. If you were short we would buy back at today’s $25 rather than wait for a further drop. But, normally, the target for the C wave is below the A waves low!