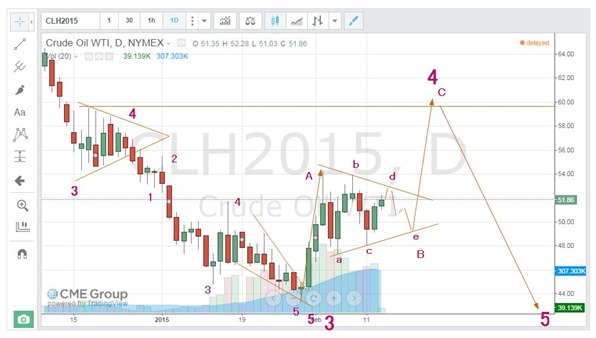 This is still our prognosis for oil. The bigger the number, the higher the degree. In the end wave C should bottom at a level below the $31 level of 2010, most likely near $10 the level it reached in the second half of the nineties. By one count that was a wave 4!

Citygroup and Goldman both are “predicting” oil to drop to around $20. The problem is that they are not predicting but are instead manipulating. If enough players pay attention it will no doubt come to pass.