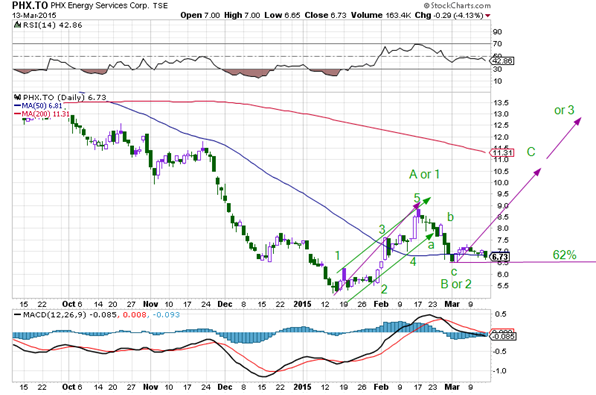 We remain constructive on this stock. Not only does it have a neat 5-wave initial wave up followed by a 62% correction, but now the Department of Energy has decided to weigh in on the matter by announcing,last Friday, the purchase of 5 mln. barrels to replace the sale of an equivalent amount precisely a year ago, supposedly because the stuff is relatively cheap now. 5 mln. is about 1% of the amount in storage (above ground!) so negligible by any standard but not in the context of market manipulation. The timing is bound to boost the narrative around oil if only for a little while, perhaps soon we can expand the Fed’s mandate to include stable mileage. It has a good ring to it, stable prices, full employment and even mileage. With regard to oil we remain of the opinion that another leg up should occur before oil drops to new lows ( see chart below), as is now also predicted by the Maestro, Alan Greenspan , himself. This should provide support to PHX. 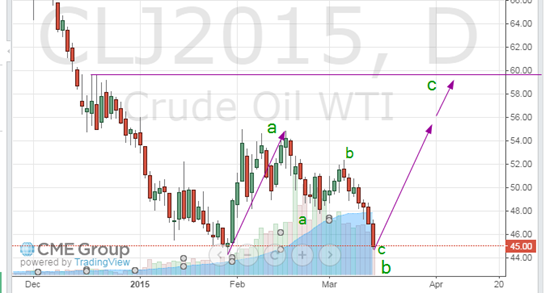 By the way, if you suspect something nefarious is going on here you are barking up the wrong tree. The US is obliged, so they say, to buy back what was sold previously, within a year! So they are just fulfilling their obligations. How crucial that is becomes obvious when one considers that there are 4.1 BILLION barrels of oil salted away, so a drop of 5 MLN. barrels could easily jeopardize the US’ military and other capabilities.