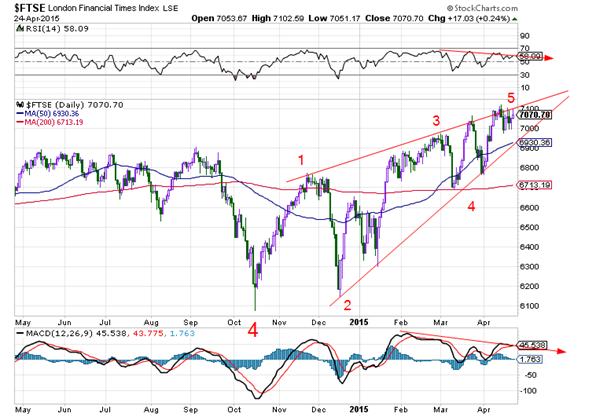 Another nice example of a well formed wedge is in the FTSE, London.  Here wave 4 seems to have taken the better part of a year, then we get the spurt up starting in October for the wave 5 wedge. Here again not everything is absolutely clear. The wave 4 could have ended in January as a triangle, which pushes the whole structure forward. That is a little unlikely given that most other spurts or thrusts also start in October. If this count is correct the top could already be in and if it is not there are only maybe 20 to 30 points to go.

Both the RSI and MACD support the notion of a top here.