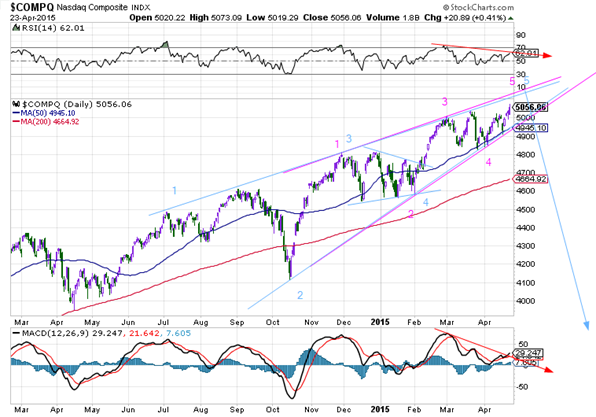 One of the many indices is the Nasdaq, which we show here separately. Apart from having a very nice wedge, it also has the distinction of having made it back to where it was fifteen years ago, at least in nominal terms. Unlike the RUT this one is actually up about 25% in a year, an amazing ketch-up feat.

The wedge could have started in October of last year. However, it is also possible to start it a full year ago, in April. There is some leeway in how one can count the wedge, but what is fairly clear is that there is little room left between the boundary lines. Interestingly, the RSI has been dropping for the entire period of this wedge. The MACD was flat for most of that time but has been dropping for the past three months or so.

Time to chose between practice and theory perhaps? Fish or cut bait? 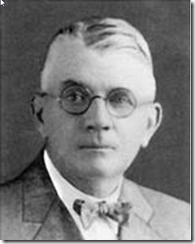 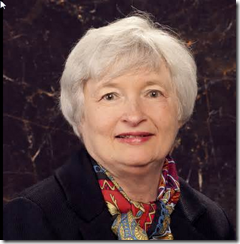 My money, if I had any, goes on R.N. Elliott at this time.