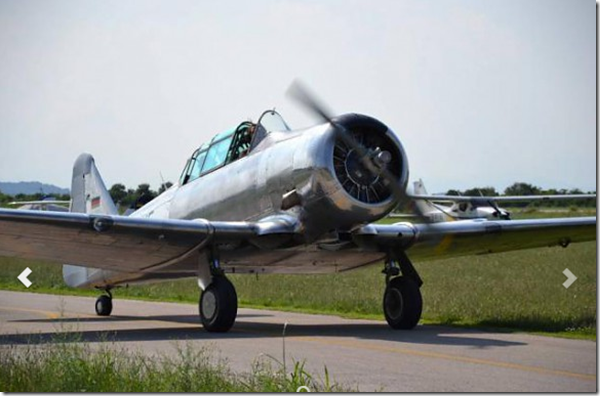 This is the type of aircraft I learned to fly in during my stay at the Royal Naval Academy. There is a Cessna in the background, it has a mostly horizontal attitude and weighs a lot less. The power to weight ratio is totally different. The Cessna has a Lycoming 4 or 6 cylinder boxer engine with an output of, my guess, about 240 horses. The Harvard has a radial 9 cylinder engine that is rated at 600+ horses. It sits on top of the wings rather than hanging from them making for a less stable and self-correcting handling.

When you start to fly these machines there are a lot of forces that you simple do not see, do not expect and most probable have never heard of just like in the world of business. A novice, having seen the Cessna started by hand might want to do the same with this beast, not a good idea! Some older models actually had a shotgun cartridge starting mechanism.  Then once you get it running down the runway and pull up the tail you get a rather hard push to the left that is if you have a clock-wise rotating engine. This is caused, among other things, by gyroscopic precession, propwash and torque causing yaw. All require quick and hard rudder responses to keep the plane straight and stop it from ultimately going into a ground  loop. It takes time to get accustomed to all these forces and how to handle them. There is room for two, in line, so the experienced pilot can train the novice. The most critical thing, just as in business, is that you do not go solo un till you know what you are doing. But some simple cannot resist .