In the text of that blog (tag; Canadian dollar) a target of about 1.35 or 74  cents is suggested. This corresponds roughly to a 61% retracement of the bull move from 1.61 to 0.90  Fortunately I have a lot of experience trading currencies and that paid of in this case as well. Here it is in detail; 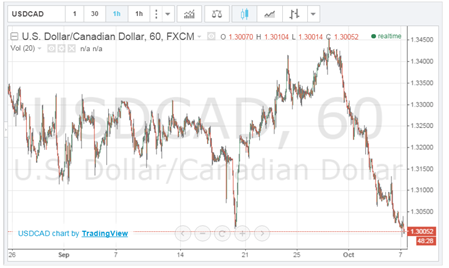 These are futures so they do deviate a little from the spot rate but at 1.3450 the prediction was essentially spot on, no pun intended. At the time a reporter at one of our largest papers had some real nasty stuff to say about the competence of our CB governor. Wisely they chose to ignore it rather than start a defamation suit which , no doubt, would have opened a whole new can of worms.

The improvement in the C$ has been fairly dramatic and coincides with moves in oil. Where it goes from here is not entirely clear but from an EW perspective a move back to parity is definitely a possibility and one that the market does not appear to consider. For completeness we add oil below. For the moment at least it seems to be making an a-b-c correction targeting about US$54 per barrel; 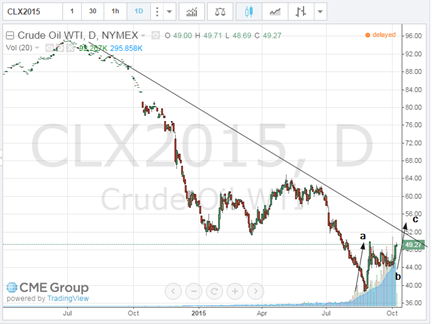