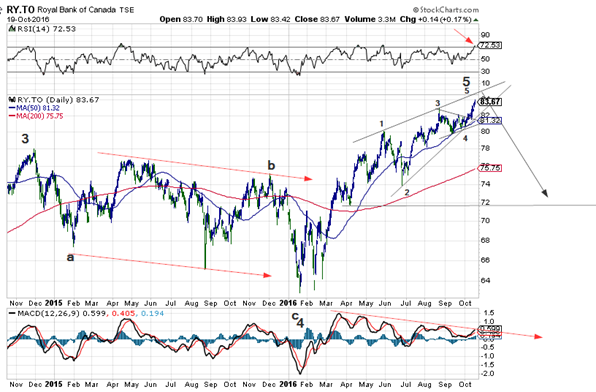 In our previous most recent blog on this stock it was suggested that it could possible go as high as $86. Looking at it more closely now that would appear to be just a little too high. $85 is a more reasonable target.

The stock is making a very nice wedge and there is little room to maneuver left. The RSI, always a good indicator, is starting to move into overbought territory and the MACD has been down for half a year. Fundamentally Yellen is brooding about creating a hot economy, sort of like an incubator while Poloz is lowering his sights once again, this time acknowledging that there might actually be a housing bubble. In the mean time our market is almost back at its previous peak despite the fact that oil is still at half the price it was then and after a rerun of the Nortel movie in the form of Valeant. Caution is the better part of valour, so we would exit on the next tiny move up.

Below is a more refined picture including this morning’s action; 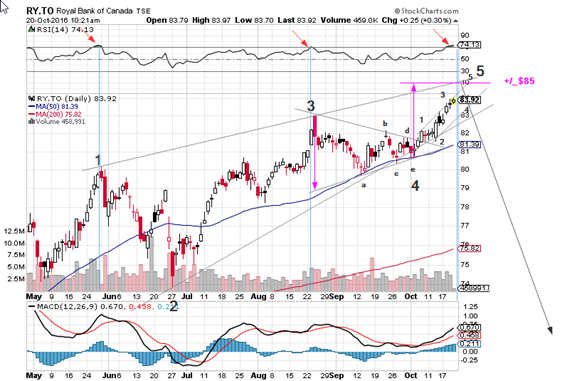