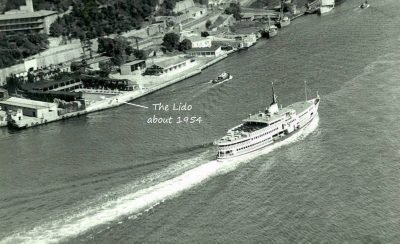 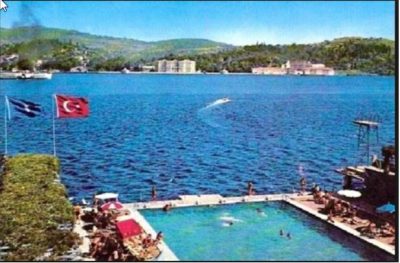 These are photos of the “Lido” going back at least to 1953. It is in the village of Ortakoy, a “suburb” of Istanbul. As a very young boy I, and my sister, grew up here. For many, formative, years we would spend the summers around this pool while my mother played bridge. In a manner of speaking, we grew up in this place.

Today it looks a bit different; 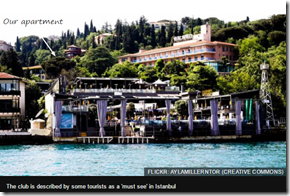 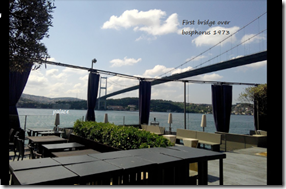 In the meantime a bridge was built (there are now 3, plus a tunnel ) and somewhere along the way the name was changed and the pool retired. It is now the Reina Nightclub, where last week’s terrorist attack occurred. Nothing has changed, I think I could still find my way around here blindfolded, but isn’t it a small world?